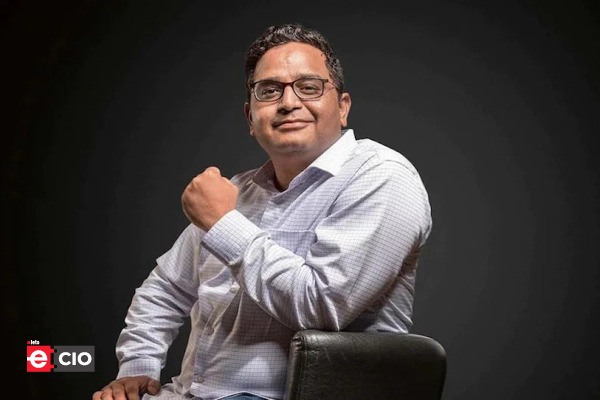 The shareholders of One97 Communications Limited (OCL) owner of the digital payments major and financial services firm Paytm have re-elected its founder Vijay Shekhar Sharma as the managing director (MD) as well as the chief executive officer (CEO).

Sharma got a majority of 99.67 per cent of votes from Paytm’s shareholders in his favour to be reappointed as the company’s MD and CEO for next five years.

At its 22nd Annual General Meeting (AGM) and the first as a publicly held company which also holds the distinction of being a pioneer in India in terms of QR and mobile payments, the board passed all the seven resolutions. These included – reinstating Madhur Deora as executive director (ED), president and group CFO (chief financial officer); Elevation Capital, managing partner Ravi Adusumalli’s inclusion as a board member together with decision on the remunerations for Sharma and Deora approved by Paytm shareholders.

Paytm, in an official statement said, “The resounding votes of almost 100 per cent in favour of his reappointment reflects investors’ faith in the company’s leadership and also shows that they remain confident about the company’s growth and profitability target.”

In May this year, the Board of Directors of the OCL approved Sharma’s reappointment as the company’s MD.

Notably earlier in February 2022, capital markets regulator SEBI (Securities and Exchange Board of India) had changed the requirement from mandatory to voluntary for listed companies for separation of the roles of chairperson and MD & CEO.

Many of the fifty most popular large-cap stocks that are traded on the National Stock Exchange (NSE) appoint the MD on a non-rotational basis.

The resolution for compensation for Sharma got over 94 per cent votes in his favour. In significant contrast to the set policy for all employees of Paytm, Sharma will get a fixed remuneration without any annual increment during the course of next three years.

Moreover, in a letter dated April 6, 2022 sent by Sharma to Paytm shareholders it was highlighted to the public that it is only when the company hits market Initial public offering (IPO) cap on a continued basis that his employee stock ownership plan (ESOPs) will be vested.

Noting the due compliances with applicable laws along with requisite approvals, the Paytm shareholders approved Sharma’s ESOPs, before the IPO was considered, the company said in its statement.

The shareholders, during the AGM also duly passed the resolution granting approval of Deora’s contribution to Charitable and other Funds and the receipt thereof. Apart from this it also passed the resolution on consideration and adoption of the Audited Standalone and Consolidated Financial Statements for the financial year ended March 31, 2022 (FY22).

While the resolution in favour of Deora’s appointment received 99.82 per cent votes, for his remuneration it received 94.53 votes.

Deora, who joined Paytm in 2016, has been playing an important role in getting marquee investors on board and shaping up the company’s growth strategy.

A Paytm spokesman said, “We are thankful to our shareholders for their unwavering support and faith in our leadership. We remain committed to building a large, profitable company and creating long-term shareholder value, while driving financial inclusion in the country.”

On account of Paytm’s strong business development, Sharma also wrote that Paytm, during the course of next six quarters should be operating EBITDA breakeven.

WhatsApp to invest $250,000 into Indian Startups