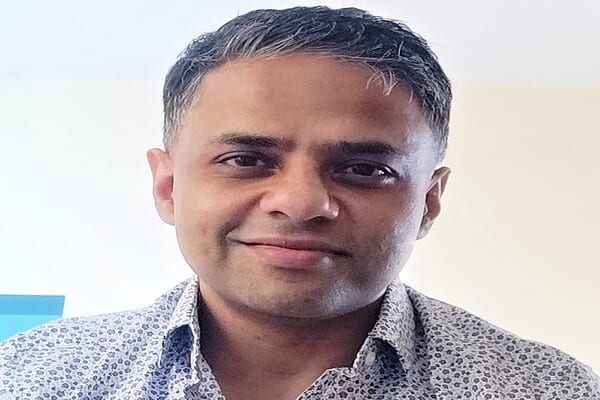 BYJU’S, leading edtech company and the creator of India’s most loved school learning app, today appointed Mukut Deepak as Head of Business to lead its class 4 to 10 school segment.

In his new role, Mukut will be responsible for expanding and leading the flagship business for the class 4 to 10 segment.

Pravin Prakash, Chief People Officer, BYJU’S said, “Mukut’s strong expertise in developing businesses for various corporations will help scale the offerings of brand BYJU’S for classes 4 to 10. We are confident that under his able leadership the business will further strengthen and we look forward to extending all the support in his journey with us.”

Commenting on his appointment, Mukut Deepak said, “I am delighted to be associated with the vertical that formed the bedrock of BYJU’S foundation. BYJU’S has taken the transformative power of education to students in every part of the country through its innovative online learning model. The company has grown exponentially in the past couple of years, displaying a promising future in revamping the face of education. I am looking forward to further building and scaling the business and making Byju’s the most preferred after-school destination for students across the country.”

Prior to joining BYJU’S, Mukut was the Chief Business Development Officer at Tata Sky Limited and a Director for Tata Sky’s Digital venture. A business leader with over two decades of experience in varied sectors, he brings on board his expertise in envisioning and building new-age digital businesses, entrepreneurship, sales, strategy, service excellence, and more. He has been an entrepreneur twice over, once as a founder of a distribution venture focussed on retailing innovative financial services products called Distribution 2.0 and then as a Director and Head of advisory for a logistics start-up called Thinklink Supply Chain Services.

Mukut spent nearly a decade in management consulting across Boston Consulting Group and Bain & Company working with CEOs and board members across a host of topics. He started his career in the sales and marketing function at Unilever (India), often cited as the school for CEOs.