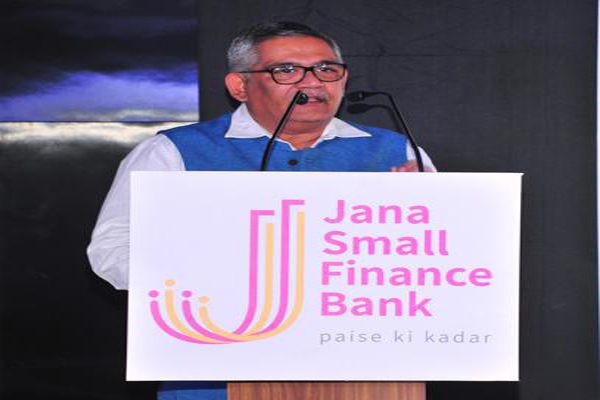 An array of industry leaders and tech experts took part in the panel discussion at the recently held Elets BFSI Gamechanger Summit in Goa, sharing their views and ideas on how digitisation and technical advancement helped growth in the banking organisations.

While they all agreed on the part of collaborating and coalition among various departments, Ashwin Khorana, Chief Information Officer, Jana Small Finance Bank, also stressed on the fact that accepting all kinds of ideas was a key element in the success story.

Khorana added that mindsets needed to be changed with embracing every little idea that could lead to smooth functioning in the organisation. Sharing an anecdote in the same context, the CIO said, “Every two years we would go and meet other industry experts to find out how they were doing and we would avoid meeting other banking customers. One of such trips was to Toyota in Canada. The question asked was how many ideas come your way and how many do you implement? He said if an idea comes it gets implemented. The next question was how many ideas come your way? He said around 7000+. Now that took us by surprise. He said they are not big ideas. They are ideas. If something saves couple of seconds for a guy on the shop floor that is an idea to be implemented. It may not cost me anything.”

He added, “So that was the input that came our way that no idea is big or small. We tend to think every idea as an investment. So when we, technologists, come up with an idea, we will come up with a 1 million dollar bill and we will say this is what has to be paid for this idea to be implemented. So that mindset needs to be changed in banking.”

Meanwhile, speaking on innovation in banking sector, Deepak Sharma, Chief Digital Officer, Kotak Mahindra Bank Ltd, was quipped if India was an innovator by default, since it was a country of frugal invention. To this, Sharma said, “India is not one country. It’s amalgamation in one. It’s like European Union. So a lot of times when you innovate in India for Indian consumers or business, you are solving problem which has no template elsewhere. For example, if you look at two larger trends that I see in India and that’s where we are also focused on is voice and vernacular. Now think of solving a problem where there are over 20 large self languages spoken. A firm like Google is trying to learn in India and trying to fix this because even today when they build a Google translator engine which is, say, translating from Kannada to Marathi or Punjabi to Hindi, the first language they translate into is from whichever vernacular language to English and then to another Indian language. In the process they are losing about 30 to 40% of relevance. So I met a team of scientists who told me how they were building an Indian language library which is vernacular to vernacular without English.”