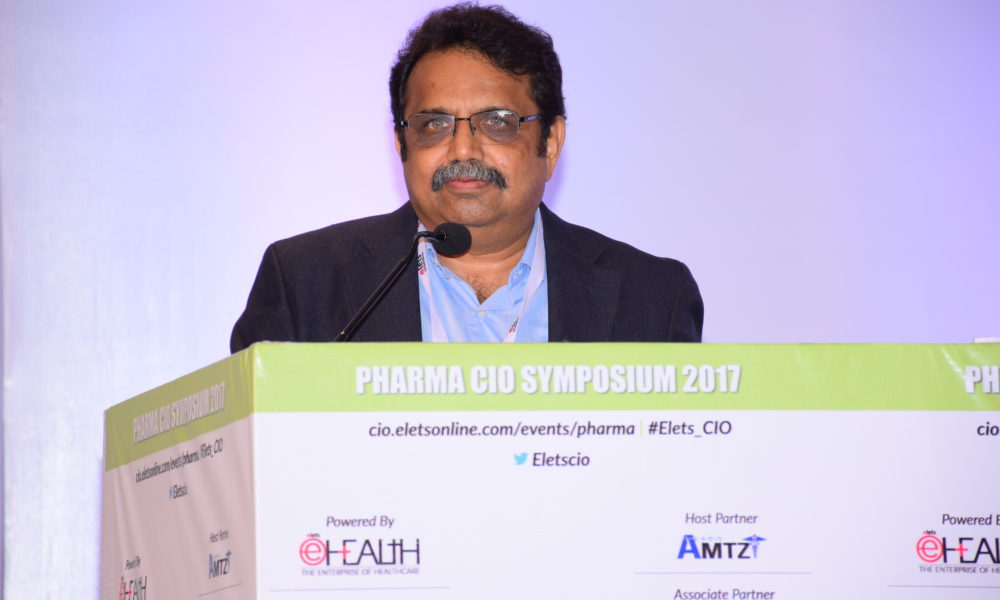 In its continuous efforts to ensure safety of food, drugs, medical devices, and cosmetics, FDCA Gujarat recently was in news for penalizing 25 blood banks for failure to maintain testing standards, documentation and technical procedures.

The authority is also getting digital and becoming ‘smart’ for easing out the way it works for better results. It is undertaking an array of steps in the direction by digitization and incorporating advanced styles of working.

V R Shah, Deputy Commissioner, Food and Drug Control Administration (FDCA), Gujarat, while speaking at the Elets Pharma CIO Symposium 2017, gave an insight in the same context. He shared how, FDCA and other government departments were adopting smarter ways for easy and error-free working.

“The moment I receive an application, that applicant has to be acknowledged within 3 days that their application has been received and if there are any changes needed. In case the designated officer or grievance officer fails to dispose of the application within the given time period, the applicant has the right to sue him,” Shah informed.

Shah also stressed on EODB, Ease of Doing Business, and how FDCA was practicing it. “What right now FDCA is doing is that we normally used to go for inspections, prepare a report, and that report could after a week or ten days. In this case, the report has to be uploaded within 24 hours and the person where we will be going for the inspection will be able to see that report in the next 48 hours,” he said.

“Apart from this on central level CDSCO is going with an e-platform. All retailers and wholesalers will be connected to the platform, with all the data regarding the stocks of the medicines. This is part of track and trace system, and inventory also,” Shah further informed.

Google to shutdown some apps due to poor respone