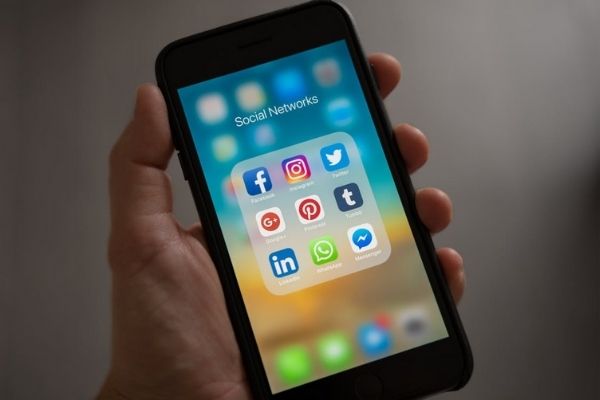 When Bitcoin was first introduced, 1 Bitcoin = 0.08 cents, which is significantly lower than its value of 1 Bitcoin = $38,860 at the time of writing. Bitcoin’s value is constantly changing, but there’s no denying that it’s come a long way in the space of 13 years. This exponential growth can be attributed almost entirely to social media.

Back in 2010, on a small forum called Bitcoin Talk, a man named Laszlo Hanyecz posted requesting two pizzas delivered to his house for 10,000 Bitcoins, which has a value of over $300 million today. Although the request was simple, it was enough to ignite cryptocurrency’s enormous social media boom.

In 2021, Pew Research found that 48% of Americans received their news through social media. Therefore, it makes sense that social media has been the primary platform for spreading the word on crypto. All platforms from TikTok to Facebook have social accounts dedicated to cryptocurrency – the linked article has a list of the top crypto TikTok accounts to follow if you’re new to the platform.

As long as positive new content and articles dominate the top of social news feeds, the future of the digital currency is healthy. Unfortunately, negative news enters the social media space, which can negatively impact crypto growth.

A Look into The Future

Social media will continue to drive up interest and adoption in cryptocurrency and blockchain. Even further, blockchain technology could be responsible for entirely decentralized social media. If this happens, the public will run the platform, and there will be no censorship on what can be posted. Blockchain social media would spell the epitome of the relationship between the two.

Cryptocurrency is here to stay, and social media is responsible for driving up interest and launching it into the mainstream. The relationship outlined above will continue to shift and evolve as time moves on.