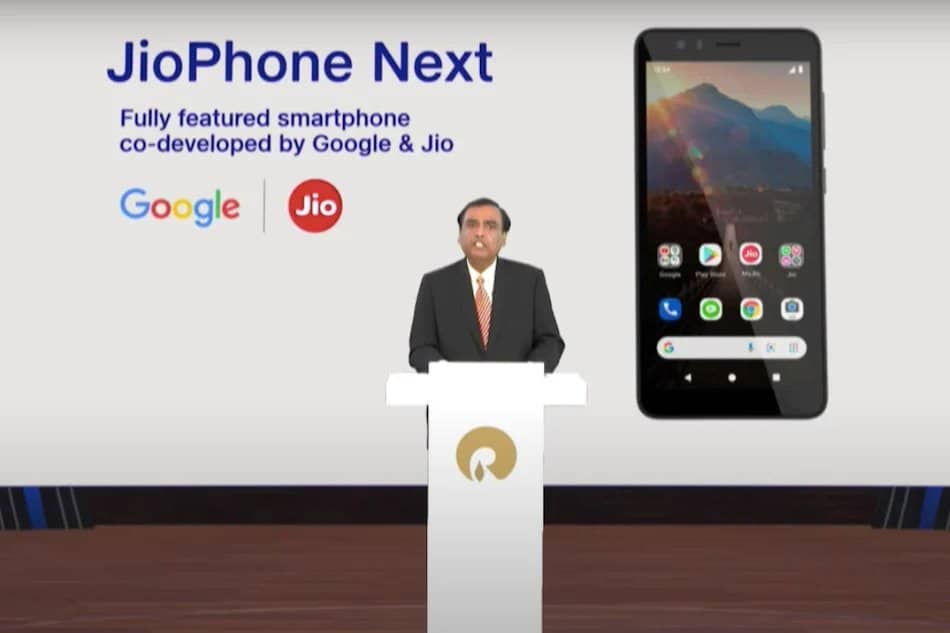 Reliance Jio has announced the launch of Jio Phone Next in India on the occasion Ganesh Chaturthi, i.e. September 10th, 2021. The announcement about the phone was made at the 44th Reliance Industries AGM back in June. The Pocket friendly 4G smartphone has been co-developed by Reliance Jio and Go0ogle. The pricing of the phone hasn’t become official yet, but there have been several leaks. Some features of the phone include automatic read-aloud of screen text, voice assistant and language translation.

According to the recent report, the company is in talks with the retail partners for the sale of the phone. The price of the Jio Phone Next is yet to be revealed, but a leak suggests that it may cost Rs. 3,499.

The specifications and design of the Jio Phone Next will be an super economical 4G smartphone that comes with significant bezels around the display and a single rear and front camera setup. The Jio Phone Next is specifically for users who are wanting to shift from 2G to 4G connectivity.It will come preloaded with Read Aloud and Translate Now features.The new JioPhone Next will be launched in different colours,

The company says that both new features can be used on webpages, apps, messages, and photos. It will support Google Assistant for voice-assisted features. Further, Google has partnered with Snap to integrate India-specific Snapchat Lenses into the phone’s camera. Additionally, the phone comes preloaded with Google Play store along with Google Play Protect.

It is expected to be powered by the Qualcomm QM215 SoC, come with 2GB or 3GB of RAM, and offer 16GB or 32GB of eMMC 4.5 internal storage.Leaks suggest that the Jio Phone Next may run on Android 11 (Go edition) and feature a 5.5-inch HD display. Expected to have a 13-megapixel camera on the back and an 8-megapixel sensor at the front for selfies and video calls. The phone is said to have a 2,500mAh battery.